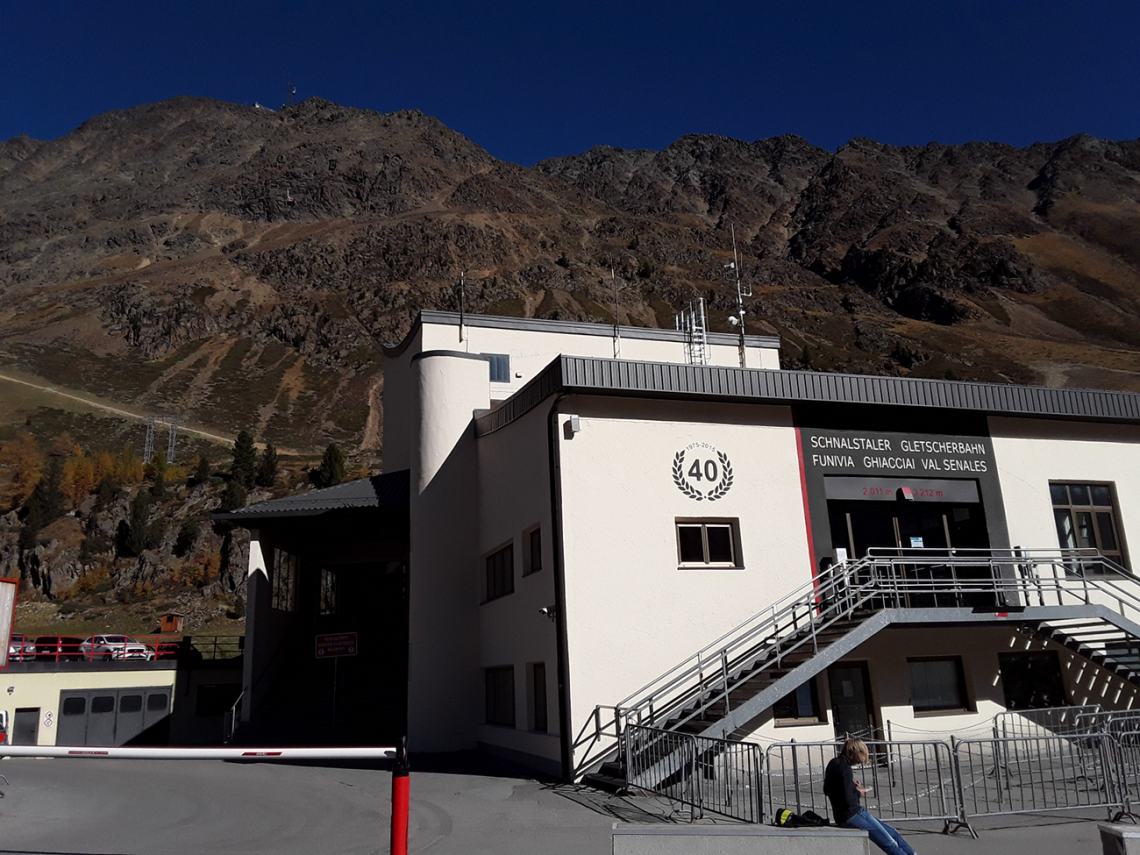 Summer has turned into autumn and first signs of winter in the North are visible. The forthcoming season opens up new opportunities for those of us who like winter sports, such as skiing in its various forms. Snow is gradually landing in higher hemispheres or higher altitudes. One option is to head for the higher mountains. This was my choice at the end of October.

By a recommendation of a recent winter Olympics gold medal winner, I have chosen Val Senales in Northern Italy, South Tyrol close to the Austrian border. My travels  took me on a flight to Milano from where I continued first by road eastward to Verona and from the southern tip of Lago di Garda to the North. After passing Trento, Bolzano and Merano the road started to wind up towards the destination. First I pass the stunningly beautiful Vernaga Lake where I would also spend a few nights. The lake with its autumn glamour reminds me of Lake Tahoe between California and Nevada, USA.

Val Senales is a choice for national cross-country skiing teams with lift services from Maso Corto at ca. 2200 m up to 3200 meters and glacier, Gletcher auf Deutsch and ghiacciai in Italian. Maso Corto in itself is a humble small village with a few hotels and a couple of shops. However it possesses one of the assets seemingly rare even in the entire Europe, fairly easy access with cable lift to the glacier. The place attracts competitive athletes both in downhill and cross-country skiing. I happened to stay at the same hotel with the the Finnish and Russian national cross-country teams, while the Norwegians were just arriving.

3000 meter will be a major challenge for one without much experience and, in particular, at the outset of one’s stay before acclimatization has taken over. So, it was better to take it easy. Naturally for an amateur it is not only about skiing but as much about the experience itself as well as motivating oneself to practice in beginning of the season. In the background there are ambitions to be in good condition by the end of the season in March, and maybe attending some ski marathons.

The cable lift takes first the skiers from Maso Corto up the mountain from where the alpinists ski down the piste while the cross-country skiers take a chair lift some 400 meters down to a kind of bottom of a kettle in the middle of surrounding mountains. Those who have been here before say there is less snow than in earlier years. For me the snow is however enough, it just feels good to be on the snow even if the layer is somewhat thin on ice. The maps of the area show much larger coverage of glacier that there is in reality now. I assume this is one of the effects of the climate change.

On four days I cover some 90 km in skating style, technica libera in Italian, without any major difficulties. I do this among the athletes and some individuals as well as a couple of bigger amateur groups from Sweden and Norway. All seem to enjoy at their own level. And all seem to be happy and polite to each others. The weather is excellent excluding one stormy day. On the day of my departure it changes dramatically to a strong wind and finally some more new snow.

Overall this was an excellent experience. I could enjoy the skiing that I was after. I was lucky to see the the training life of competitive athletes at a very high level. Maso Corto as such is a skiing factory as it is also advertised. It is spartan, one could say, but it has all the essentials that are needed for its purpose. This was also my first time to visit South Tyrol. The county has a colourful history of regimes between the Austria-Hungary, Italy, the Allied forces, Germany and Austria again. Some people still have strong feelings about this. The population of the country is some half a million people. At the week-end there was the county election the result of which was reported in the local newspaper Alto Adige on 25 pages.