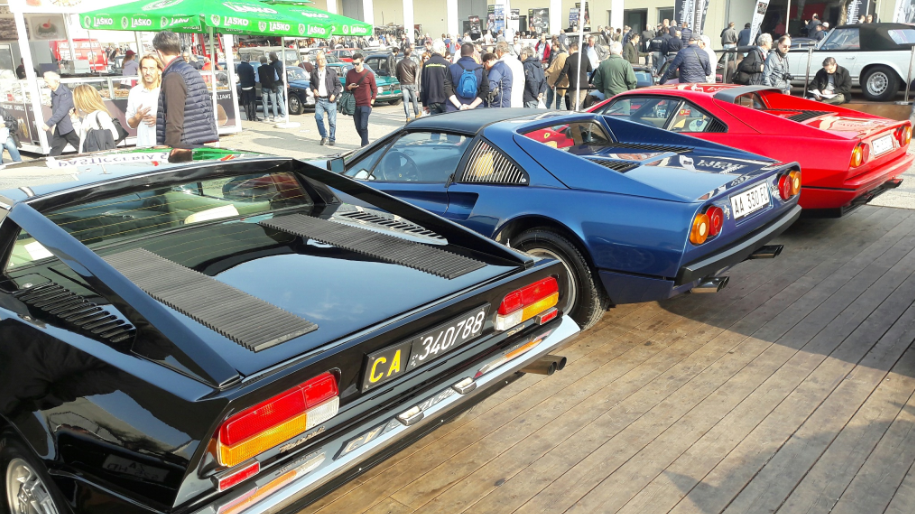 Hot summer days are turning into cooler nights and cooler days. Typical holiday chores are coupled with what is found in your garage or what could be found there. Interesting classic car events bring a welcome activity to engage oneself with the wider world. Auto (and Moto) d’Epoca in the Italian Padova, Padua in English, half an hour distance from Venice, is a good spot to discover in October. Some of the visitors arrive with their spouse and the region offers several interesting opportunities for sightseeing starting with the old town centre of Padova itself.

Padova claims to be the oldest city in northern Italy, in Veneto, just half an hour away from Venice, to the west of it. The town was founded around 1183 and its population is slightly over 200,000. Padova hosts the University of Padova, founded in 1222, and where Galileo Galilei was a lecturer. Galileo is a central figure in the transition from natural philosophy to modern science and in the transformation of the scientific renaissance into a scientific revolution, as reported by wikipedia.

In terms of classic cars, Padova with its surrounding Veneto plays an important role in the Italian classic car hobby and markets. Further to the west, Milano is of course a big player in all this while Veneto also has a lively mix of businesses and amateurs who go for the car interest. Auto d’Epoca, which is by far the biggest Italian showplace of the cars, has also become one of the biggest classic car exhibitions in the whole of Europe. This year it was claimed to exhibit some 5,000 cars.

For me this was the third time in Padova. It seems that the average quality of cars shown has gone up every time since my first visit 2015. The event attracts visitors from  a wide variety of countries and with a variety of background. If you are interested in Italian cars, this is definitely the place to go with an offering of Alfas, Lancias, Fiats, Ferraris, Maseratis, Lamborghinis and so on. However, there is also a very representative presence of German cars like Mercedes and Porsche.

The audience is very international consisting of buyers, both amateurs as well as traders. You should not be surprised to find a car you saw originally in Padova a couple of months later in Germany, cleaned and detailed, and a few tens of per cent more expensive than at the exhibition. The cars for sale are offered both by traders and private sellers. Lack of language knowledge other than Italian can be a bottleneck but my experience is that more and more of traders, in particular, are becoming knowledgeable in English, too. However, if you are a true enthusiast it could pay off to learn at least some of the Italian language.

What comes to the prices, of course the most wanted cars cost money also here. However favourable southern climate, lack of rust as well as lower cost of restoration and high level of handicraft make Italy a good spot to find interesting cars for your taste. You should not be surprised to find that a car that was for sale on a website prior to the show is offered at a higher price on the spot, particularly at the start of the show. It is the demand that dictates if the car sells or not, and at what price. The best cars with right prices sell best and early on the show. This time I got a feeling that many sellers do not show the asking price, which allows them to adjust the price by the person who is asking and by the day of the show. It could also reflect a depressed market.

The auction house Bonhams organised an auction on Saturday.

One of Galilei’s best known expressions was ”eppur si muove”, and ”yet it moves” in English. Such a useful expression also for us who go for classic cars. 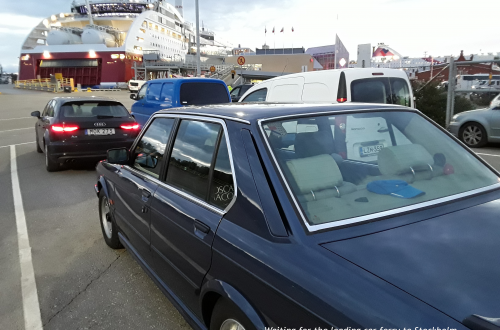 Journey of my classic from Madrid to the North