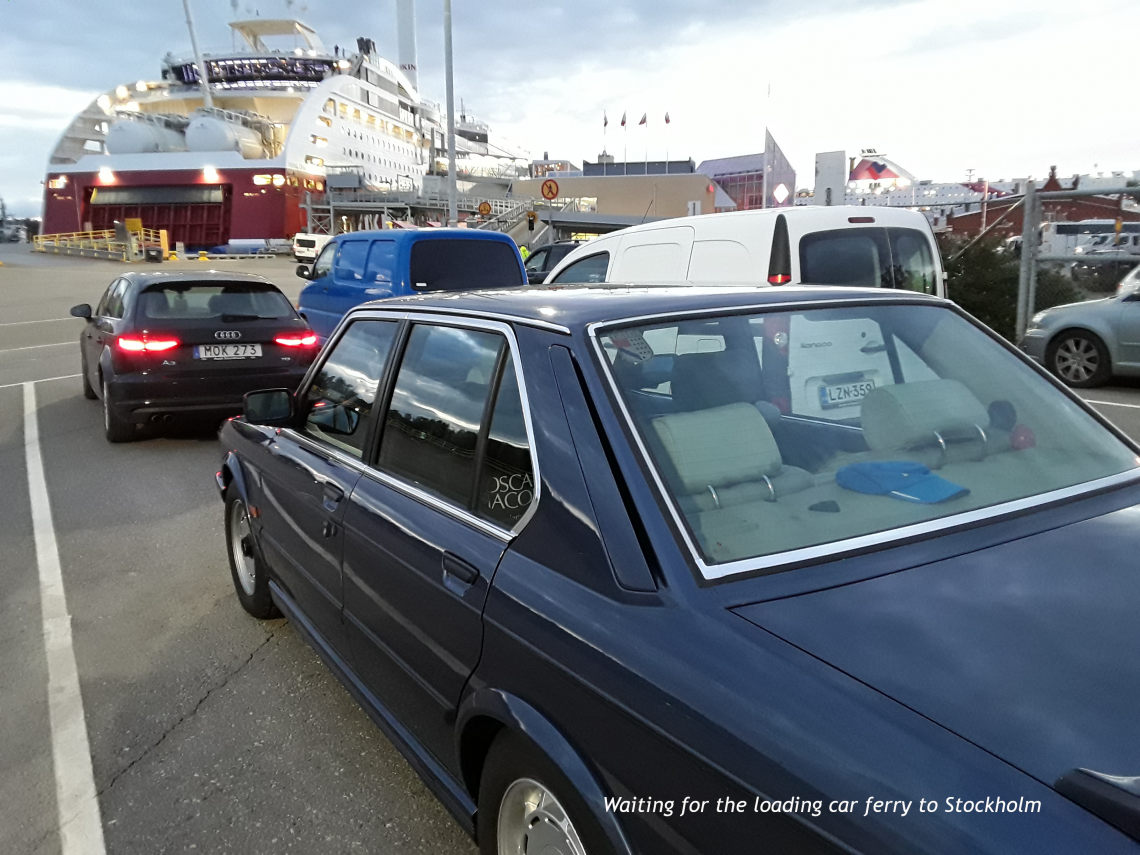 Darling, I will not fly back home with you from Alicante in Spain. I will go and see a car in Madrid and if it is as expected I will buy it and drive it to Germany and fly home from there. These were my words when at Helsinki airport waiting to board a plane with our friends to visit another family in Costa Blanca at Easter 2012.

I had been looking for a mid-80’s BMW M535 with low mileage and with good history. The model is also known as E28. My interest had been raised by another example in dark metal green at a local classic car show close to our home. Now I had detected one in Spain, exchanged messages with the seller and become convinced that it may be one that I wanted to have.

At the end Easter I took an Iberia flight from Alicante to Madrid where Jorge was waiting for me outside the terminal. The car in metallic blue was parked right there. I walked around it, sat in and we hit the road towards the city of Madrid. The car was more or less what I had expected and we closed the deal at the seller’s bank.

The car was originally bought by the Mexican Embassy in Madrid to transport the wife of the Ambassador. It showed very little of track of use and it had a mileage below 40 000 km. As the price was to my liking, we signed the deal and I was out of Madrid on my way towards Catalonia and first overnight in Girona, North of Barcelona.

On the following morning I crossed the French border, South of France and gradually towards Baden-Baden and my second overnight. These trips are one of the best parts of classic car hobby, searching for the right car, checking it and closing a deal. And then driving the car towards its new home. With full of excitement how a car that has obviously been very little used for quite some time will take the strain of being on the road again. The journey is a test of confidence. Does it really deliver what one expects? Does it take me reliably to my destination?

The journey is also fascinating as one does not have a definite plan where to stop at the end of the day. It gives feeling of freedom without a compelling detailed schedule. In fact, this is not fully true. Namely I had booked a service at a BMW in Hannover from where I had ordered it to be transported to Finland.

At home I make customs clearance, digitally, and take the vehicle inspection to get a temporary registration. As soon as the import duty, we still have to pay it even within EU, and once paid I get the permanent number plates. All this happens within the first months of new ownership and importation.

I enjoyed my new acquisition not only on road from Madrid to Hannover but as well at home. Most of my classic driving is from town to our country home at 240 km apart. M535 has a wonderful powerline and the power of 218 hp is well enough for me. The car let me down only once when it needed a 400 euros clutch repair that was most likely due to the age only. The car really proved to meet my expectations.

Most of my cars are two doors, and too many to enjoy them effectively. As the valuation of E28 also started to show positive development, like other BMW’s of the same period, I started to consider divesting my car. As our home market is quite limited and due to my participation internationally, I was inclined to find a right channel accordingly. At Techno Classica in Essen I came up with two prospective high-end classic car dealers both from Holland. And six months later I was ready to hit the road one final time with my machine from Spain.

Nostalgia started to build up when I waited for the car ferry in Turku to head for Stockholm and to drive South towards Denmark and finally to Holland. In Holland I met both of the new acquaintances from Techno Classica and signed a consignment agreement for sale. Some months passed and I was getting somewhat easy if the market had turned down from the earlier prospects. Actually, my dealer had sold a similar one-owner car, with very low mileage at a very interesting price. That car had also been displayed in Essen.

Then quite suddenly early this year I got a message and confirmation that my car had been sold. Before the active sale the car was detailed so that it looked even more pristine than before. Of course, this meant some expenditure as well as the dealer commission that had to be booked as costs in the final sale price. However, besides “Sheer driving pleasure” my M535 was also a financial pleasure.

This sale was actually first divestment for me in some ten years and first one internationally. My learning was that one has to be well prepared, find the right channel (dealer) and reserve enough time for selling. Overall, I was quite happy with my performance. I am soon again heading for Essen. Let’s see what the future will bring. Too early to say anything more just now. Let us wait and see. 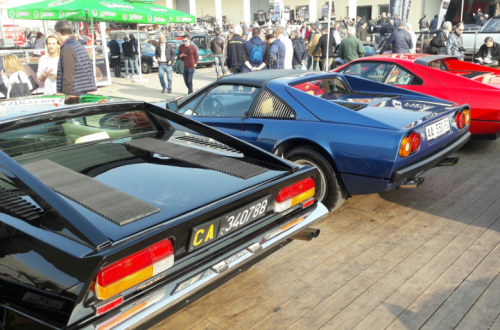